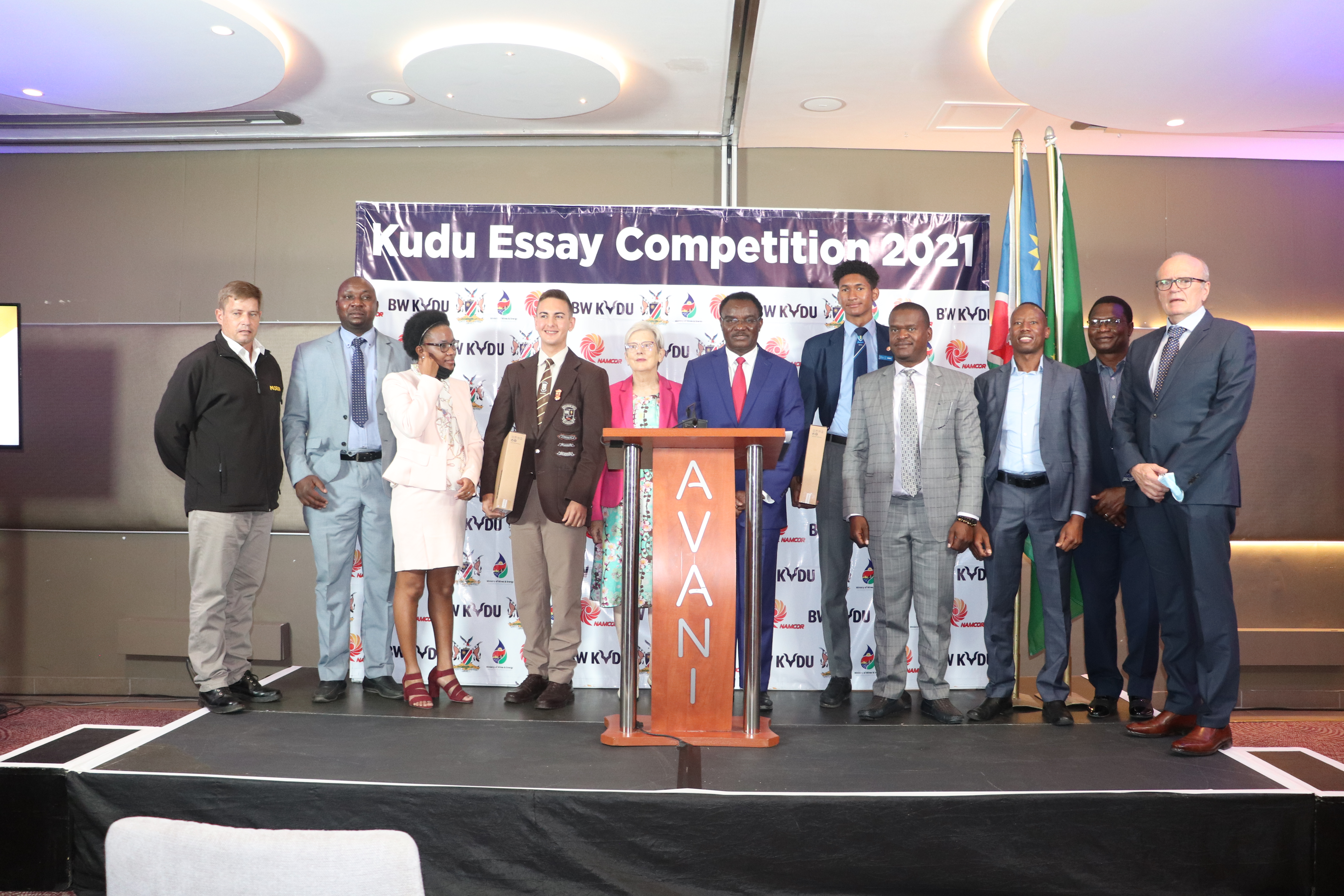 The winners of an essay writing competition to raise awareness around natural gas resources in Namibia, were recently announced.

BW Kudu, who operates the Kudu gas-to-power project in Namibia, together with Namcor and the mines and energy ministry ran the competition among grade 9 to 12 learners with assistance from the education ministry.

Learners had to write an essay under the theme ‘How do we best develop our natural gas resources for the future of Namibia?’. The theme related to the benefits of hydrocarbon (gas) exploration and development in Namibia, and learners were expected to come up with solutions on how Namibia could best develop its gas resources.

They are Uatjiri Hewicke from St Paul’s College in the Khomas region, who took first prize; followed by Danie Swarts from the Privatskool Moria in the Kunene region, who walked away with second prize; and Egumbo Anakali from the Oshihenge Combined School in the Oshana region, who took the nationwide third prize.

“It was a lot of fun writing the essay, because we saw how much potential there is in the gas industry for Namibia. More people should be aware of these resources, and I think these resources will have a great positive impact on our economy, if used correctly,” he said.

Swarts further said the writing journey was a great experience, and urged everyone to use such opportunities, saying “it is a win-win situation; even if you don’t win, you gain more knowledge through research, and knowledge is power”.

Each of the regional winners received a cash prize of N$3 000 plus N$4 000 for their school. In addition, the top three national winners each received a brand-new laptop.

Award adjudicators Jane Katjavivi and Leake Hangala were impressed with the standard and quality of the essays across all grades.

“We were impressed that this standard, quality and argument cut across the grades, even youngsters in grade 9 had done very well; almost the same level as those in grade 12,” said Hangala during the handover event, adding the future is in good hands if this is the way the youth is already thinking.

On her part, deputy mines and energy minister Kornelius Shilunga was pleased that learners have been mobilised at a young age to explore other avenues of energy, in order to continue developing the country for future generations.

Namcor managing director Immanuel Mulunga said he looks forward to seeing learners come up with great ideas that will shape the future of the oil and gas industry in Namibia.