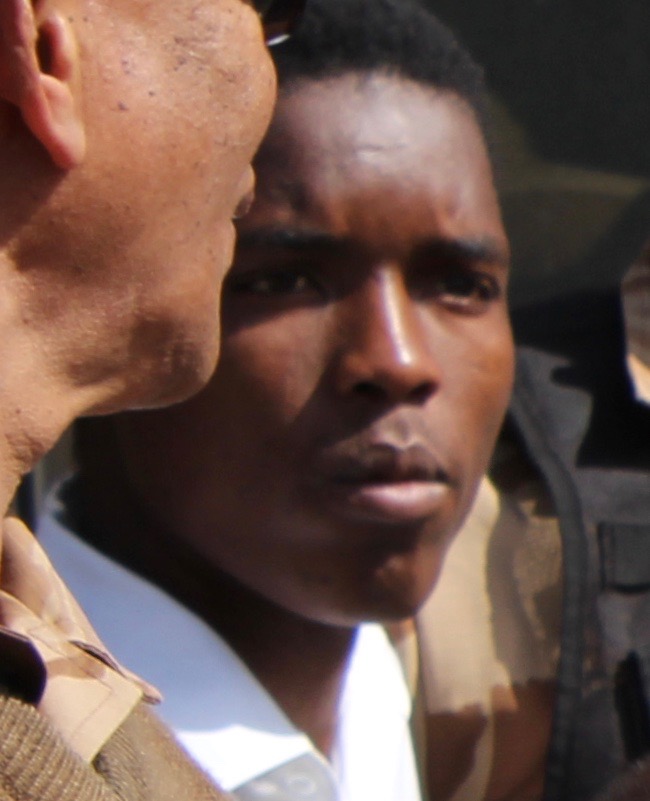 A warning statement of one of the men accused of the brutal murder of an elderly Swakopmund couple in 2017 was admitted into evidence yesterday morning by Windhoek High Court Judge Christie Liebenberg.

Simon Shidute Jerobeam (27) had made the warning statement to Chief Inspector Rafael Litota on 3 August 2017. According to the warning statement, Jerobeam was contacted by a co-accused in the matter, Daniel Nghilifa Stefanus, who told him that he (Daniel) saw a lot of money at his boss’ house.

Jerobeam and Lazarus pleaded not guilty earlier this year. It is alleged by the State that they broke into the house of 81-year-old Siegfried and 79-year-old Sieglinde Strzelecki in Swakopmund with the aim to rob the elderly couple – and in the process, killed Sieglinde by strangulation and caused Siegfried to die eight days later in a frail care home.

The next day, 3 August 2017, Jerobeam said, they went to the house of the elderly couple at around 04h00 in the morning where they hid in the yard for about two hours until they saw the “old lady” open the door near where they were hiding. He further claimed Daniel strangled the elderly woman.

Jerobeam went on to say he confronted the elderly man who was seated in the toilet where he tied him up. “In few minutes, I also followed Daniel, left the old man in the toilet, then I found Daniel in the room where the safe is. Daniel was trying to open the safe, but he failed because the key could not open the safe. I then told Daniel that we must leave the place. Before we left, I picked up camera lenses in the sitting room which were on the sofa,” he stated.

In a twist to the saga, Jerobeam’s legal aid lawyer Tuna Nhinda withdrew from the matter claiming conflicting instructions. Judge Liebenberg remanded the matter to today for legal aid to give their position on whether they will provide a new lawyer for the accused. Lazarus is represented by Milton Engelbrecht on instructions of legal aid.