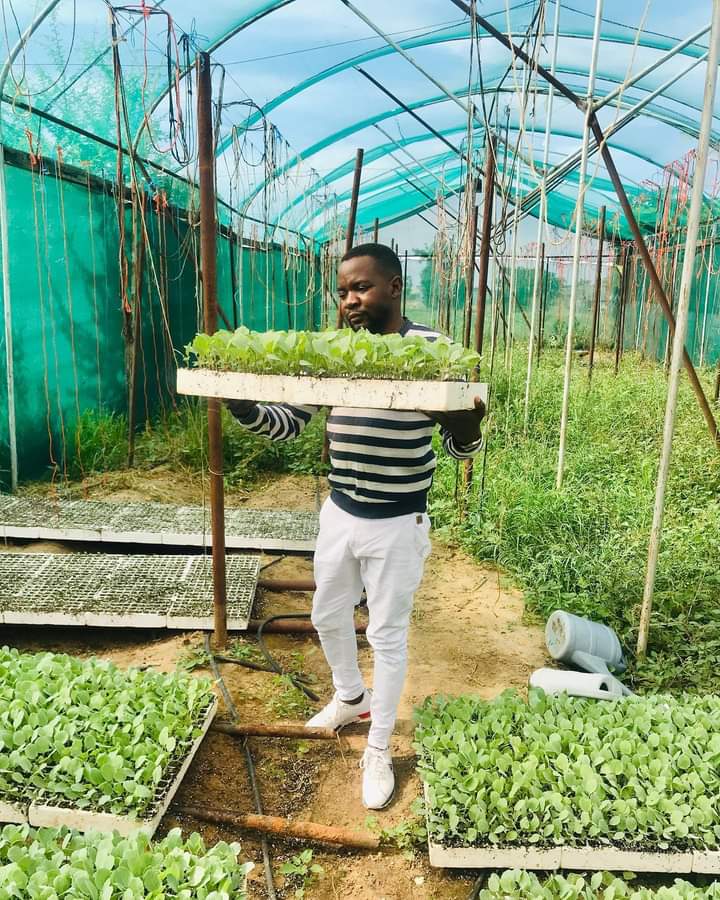 Although many people have taken to farming and subsequently reaped rewards from it as agribusiness owners, the sector has not proven popular amongst certain age groups over the years.

But this can all change, as more young people are slowly embracing the sector and making a success of it.

One of the new players in the agriculture sector is Johannes Shuuya from Outapi, who owns Ndinelao Vegetable Garden.

Growing up, Shuuya says he never knew he would become a crop farmer. But through watching one of his uncles at work in his Windhoek vegetable garden over time, he eventually took a liking for crop farming.

“He inspired me without me knowing because it has been in my mind, but I have been ignoring it. That is when I decided to come up with a vegetable garden,” he said.

He said he chooses the life of being in
the garden as often as he can during his spare time.

Shuuya is also a musician, well known by his stage name, Johnny Bravo.

“Last December, I started a garden and nurturing this garden successfully in
Outapi,” he said.  Shuuya started with a small garden where he would grow a variety of vegetables and sell them to neighbours.

He grows his vegetables in greenhouses, practices irrigation farming to ensure the supply of vegetables throughout the year and provides extension services to the surrounding towns.

In northern Namibia, vegetables are popular and are always in high demand and this brings a huge market for Ndinelao Vegetables.  He has now expanded his services into taking orders and delivery of vegetables at request. His garden is a few kilometres outside Outapi.

“Being a vegetable farmer helped me become very bold and daring. This business helped my networking skills and gave me the opportunity to think beyond my imagination.

“So far I employ three people and hoping to recruit more people as the business grows,” he said.  Shuuya encouraged everyone who has a dream of becoming a farmer to fulfil it.

“It is a lot of fun but not easy to run and maintain. What is required is passion, and everything will go smoothly,” he said.