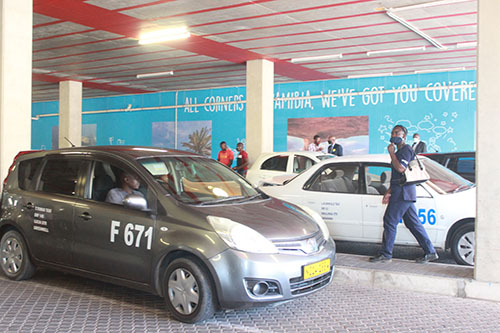 The Namibia Bus and Taxi Association on Sunday said the envisaged 15% increase of bus and taxi fares, which would have been effective from today, will not be effected.

In a statement yesterday which contradicts its mid-October press release in which the association of transport owners announced an increase, Nabta informed all drivers that buses and taxi fares will remain N$12, and as per current long distance route tariffs.

On 21 October, acting president Jeffrey Platt said in a statement that the association’s national executive committee met, and agreed on a 15% fare increment due to increases in the prices of fuel, food and many other commodities.

“We have already written a letter to the ministry. We are not asking them for permission, we are only letting the ministry know”, he stated then.

In yesterday’s statement, Nabta’s secretary general Pendapala Nakathingo said “Nabta will accordingly inform the public immediately after the government pronounced themselves on our request to increase bus and taxi fares.

“It should also be well noted that the decision for Nabta withholding its earlier decision to increase the bus and taxi fares on 1 November 2021 doesn’t mean bus and taxi owners and drivers are not suffering, but we are doing so as a responsible and recognised association to avoid unnecessary chaos in the country while fighting for the entire taxi industry to be able to get the fare increment they deserve.

Taxi drivers were warned not to charge passengers more than usual until further notice. However, customers are urged to respect their drivers as equally as they pay for other services. “Ndinapo (I only have N$10) must die”, read the statement.

Nabta also wishes to tell drivers that the envisaged price increment will only be applicable to drivers with passenger transportation permits.

“No private vehicles shall be allowed to transport passengers for reward without passenger transportation permits, for the protection of buses and taxis.”