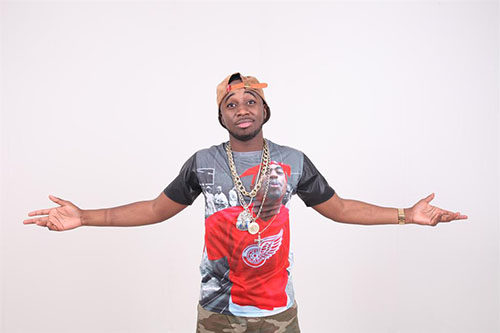 Congratulations are in order for award-winning Namibian hip hop rapper KP Illest. He is not only a rapper but a businessman as well.

He has proved this by bagging a deal with Global Parts Namibia, which is a motor vehicle company that deals with supplying aftermarket Volkswagen, Audi, Mercedes Benz and BMW spare parts in Namibia.

He is pretty ecstatic about it. The rapper took to Instagram to express his joy about it, saying how happy he is to be working with Global Parts Namibia.

In the post, he wrote: “Hey all, so happy to be working with Global Parts Namibia. Did you know they supply parts for Toyota, Audi, BMW and Mercedes – and a few more they can source for you if the need arises”.

KP Illest is all ready to get to work – and he is calling out for Namibians to pop by for free hot dogs and advice on what’s best for their cars.  It seems he is not the only one excited about this big win as many of his fans and fellow celebrities are too. TV actress Maria Nepembe took to her Instagram stories to congratulate him and was among the first to do so.

KP has been making boss moves of late. Just last month, he released his album Kill Your Television Volume 4, which was received quite well by his fans and many were on the comment section applauding him.

King Tee Dee was among those commenting and he even went ahead and referred to KP Illest as the greatest king.

The album features Skrypt, Maria Nepembe, King Tee Dee, Han C who is a singer and songwriter from Botswana and Ice Prince who is a Nigerian rapper and actor. Many have bought copies of the album and only a few are remaining.

It keeps getting better for KP Illest and we are here for it all. His rise to fame is one that we will always remember since he began his career back in 2008.

He has been nominated for various awards and has won a couple of them. He has taken the industry by storm and he does not seem to be stopping anytime soon.

His passion for music lead to him opening up a recording studio where the Kill Your Television Volume 4 album was recorded, mixed and mastered.

It seems to have not been functioning for a while but fortunately for him, it is back up again, as he shared on his Instagram stories. He is also running specials for recording, mixing and mastering until the end of November. The artist has a bright future ahead of him, as he has made major progress so far. Doors are opening for him and we are sure so much more is yet to come. We cannot wait to see what he has in store for us next.

Congratulations on the wins KP Illest.