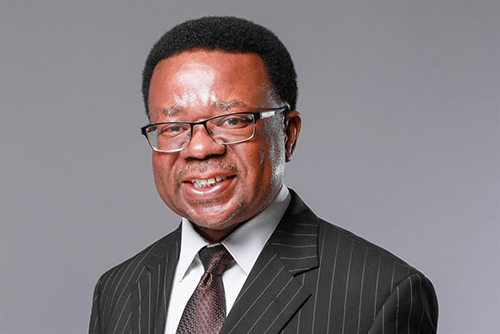 Government Institutions Pension Fund (GIPF) CEO David Nuyoma has highlighted some of the negative impacts of early pension withdrawals, saying the money on average lasts for a mere 18 months after individuals elect to resign before their retirement age.

After 18 months, he said, members would return to the GIPF offices, asking: “Are you sure there is nothing left?”

Nuyoma made these remarks yesterday during a consultative meeting of the parliamentary standing committee on economics and public administration with the GIPF on the state of the pension fund and related matters.

He was responding to questions with regards to the new Financial Institutions and Markets Act (FIMA) that has raised many eyebrows.

Under FIMA and in terms of the draft regulations which have caused an uproar, it is proposed that members who leave a pension fund before retirement or early retirement age are compelled to preserve at least 75% of their accumulated benefits.

The CEO said GIPF is yet to pronounce themselves on the matter as they are still going to engage their members through the representatives, and get suggestions whether the 25% is reasonable.

As an industry, they met and agreed to consult.

“We have been engaging with the Namibia Financial Institutions Supervisory Authority (Namfisa), and our experience is that there are some members who still elect to resign before they could retire and cash out, irrespective of even heavy tax penalties that follow,” stated Nuyoma. During the engagement, he stated that the total retirement funds assets as at December 2021 in Namibia stood at N$201 billion, while GIPF alone accounted for N$147 billion.

Benefits paid per annum from GIPF stand at N$5.4 billion. Nuyoma reiterated that the fund is very much involved in socio-economic activities as it has invested N$1.1 billion in renewable energy, serviced 2 417 erven and delivered 5 416 housing units, amongst others.