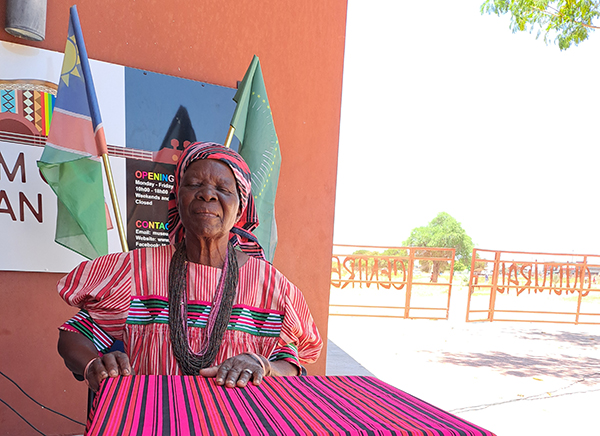 The fair began on 05 December, and ended on 08 December 2022. It had an exceptional line-up of activities that were not only for the purpose of entertainment, but were simultaneously educative.

According to the elderly woman, only those from the Aakusinda clan were responsible for this ritual. The ritual involves the slaughtering of a spotless black cow that had a calf, and the meat was not for human consumption. Immediately after the ritual, there would be a torrential downpour. She clarified that no human was sacrificed during this ritual.

Kuku Nashilwa Haimbodi narrated the importance of a cleansing ritual performed when a couple gives birth to twins. According to her, both the father and the mother of the newborn twins are washed together to ensure that disease and death do not follow. The tribal expert explained that the birth of twins is not considered natural.

During the fair, youngsters enjoyed dance, drum kit and choir lessons, instructed by esteemed professionals. University of Namibia music lecturer Engelhardt Unaeb was amazed by the learners, stating that the young learners displayed not only enthusiasm, but also commitment to singing.

Additionally, the fair presented cultural practitioners the avenue to exhibit their products to the general public in an effort to earn an income. Lorna Lazarus from the Shanangolo Academy exhibited a variety of household items such as baskets made from recycled newspapers.