Home / Opinion - The fate of the grade 11 school enders

Opinion - The fate of the grade 11 school enders 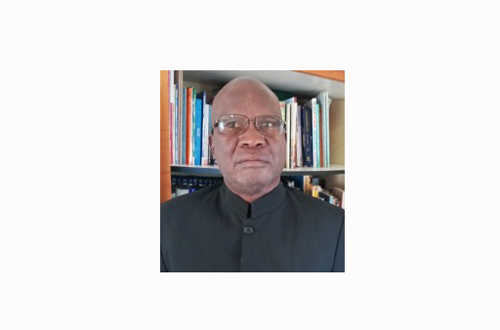 It becomes difficult to understand let alone believe that after 30 years of independence, Namibia is still drowning in the throes of educational mayhem. What is at stake now is the fate of grade 11 school enders.

It seems they were assured that after completing grade 11, they would head to any tertiary institution of their own choice and commence any degree programme straight away without any hassle. Nevertheless, this has turned out to be a nightmare as these students have reached a cul-de-sac or simply hit the brick wall.

It seems there was no plan or very little communication or agreement with the tertiary institutions about the inclusion of these unfortunate students into these foundations in furthering their studies.

It is equally fair to suggest that there were no memorandums of understanding, related policies or anything gazetted to force these institutions to enrol these students for pre-entry tertiary courses to accommodate them. This is so because there have been mixed feelings and responses from the tertiary institutions regarding the fate of these students.

The vice chancellor of the University of Namibia was caught on the media telling the Namibian nation that these students will under no circumstances be admitted pursuing any course and therefore not welcome into Unam programmes. It seems the International University of Management (IUM) was caught off-guard as its response was that it was still studying the situation as it was unfolding.

These responses are no longer new to many educationists in this country as our education system has been in continuous confusion and turmoil all along even after Independence when we became our own educational masters, who could chart the best education system for our children.

We have flirted and experimented with many educational ideas and came out empty with no firm educational philosophy to cling to. Despite calls to modify the then apartheid education system and make it more Namibian, we rushed to Cambridge and imported and borrowed their system, which resulted in being foreign and irrelevant for Namibian needs and ills.

The Cambridge education system could not stand the test of time and was later thrown into the educational dustbin of history. We failed to adapt and adopt even the neighbouring education systems either Zimbabwe or Botswana.

It is a fact that change is indispensable and at the same time inevitable, and comes with challenges. The resolve to change the Namibian education system at independence meant that we had to do away with the Bantu apartheid education with its discriminatory and racist tendencies.

We were accustomed to passing grade 10 and later certificated, but to do that in grade 9 sounded a bit awkward. But that is the reality we had to accept including the grade 11 scenario.

Consultations at different fora and platforms were supposed to be conducted to get the feeling of the stakeholders.
For Namibia to keep on changing its education system because SADC countries are doing that is a good experience, but the consumers of the education system are Namibians and therefore should have “a say.” South Africa has maintained its departments and refused to change to ministries, and will remain with its certificated grade 10 and the normal grade 11 for some time.

After thirty years, Namibia wants to wind the educational clock, but this time anticlockwise. Zimbabwe has an educational system where learners go up to Form 6 and everything is well spelt what to do with grade 11 learners. This could have helped our learners from the start of Independence, that by this time we could have been used to the system.

However, unfortunately, we had many cooks who spoilt the broth and ultimately, they could not even eat it themselves. They ended up sending their children abroad as they felt that their own education system could not suit their offsprings.

At independence, Mwalimu Nyerere modelled and streamlined the Tanzanian education system according to its needs and relevance. The education system accommodated and catered for more students at the bottom by establishing many technical and vocational schools and colleges. This meant few students ended up at the university. The Namibian government had the opportunity of modeling education according to its needs and ills and channel these grade 11 enders.

The ministry of education should dialogue with all stakeholders especially the tertiary institutions and come up with one binding resolution about the fate of the grade 11 school enders. An alternate formula should be sought either to channel these students into technical and vocational colleges or into universities. The technical-vocational route will ultimately create more jobs for them at the end of their training programmes.

Namibia lacks almost everything after 30 years of independence and the correct channelling of these grade 11s could reverse the developmental trend in terms of creating jobs. We import simple skills like technicians from neighbouring countries, skills we could have developed in exile or during the thirty years of independence. Training these grade 11s could equally minimise the scourge of dependence syndrome Namibia is currently struggling with. Imagine importing nurses from Kenya and Zambia, a situation in which Kiswahili and Nyanja are being used in wards of Katima Mulilo General Hospital and limiting the doctor-patient communication process! There is no xenophobia in this sentiment but the rights of the patient to better communication are violated. Those who want to continue with grade 12 should be encouraged to go ahead and the urge to proceed to tertiary institutions at grade11 level should be nipped in the bud.