Plea deals could become a reality 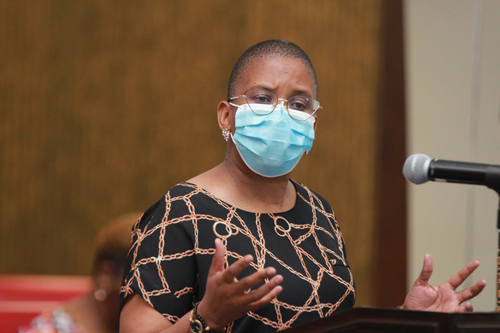 If passed, the Act would allow prosecution and accused persons to arrange plea deals and sentence agreements.
The Bill provides that plea and sentence negotiations and agreements may be entered into before the accused pleads to the charge brought against him or her in court.

“Our view is that lay, unrepresented accused persons would likely be disadvantaged if they were to engage in plea and sentence negotiations without the services of a legally qualified person. We are particularly concerned with the likely inequality that may arise between an unrepresented accused who is unlikely to be well-versed in the law, as compared to a trained and experienced prosecutor,” said Dausab.
The minister elaborated that with the plea and sentencing agreements, it would speed up the finalisation of cases, which in turn will reduce the backlog of cases that are currently clogging the court rolls.

“We need court rolls to be cleared for us to shift our focus to cases where a victim centred approach is needed, like cases involving sexual and gender-based violence, domestic violence and failure to pay maintenance,” said Dausab.
Furthermore adding the clearing of the court roll will avail more resources to set up small claims’ courts for minor civil claims across the country and to enable regional courts to deal with divorce cases.

“The category of offences is something that will be considered very carefully in order not to negate the objectives of this endeavour. Caution will be applied in order to ensure that the criminal justice system does not become a gateway for escaping harsh sentences in the case of conviction of serious offences,” said the minister.
She added that victims will be consulted and will be kept abreast of the process.
- mamakali@nepc.com.na