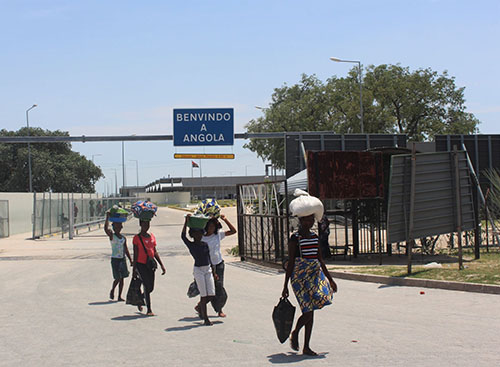 The free movement of goods and people between Namibia and Angola will soon recommence. The government of Angola confirmed the reopening of the Oshikango and Katwitwi border posts from 01 February while the remaining border posts will open on 15 February 2022.

The two countries held a bilateral meeting on 21 January to discuss reopening the common borders to enable the movement of people and goods in order to enhance socio-economic conditions. At the meeting held in Ondjiva, the Angolan government stipulated that in order to enter Angola, visitors must present a negative Covid-19 PCR test and a vaccination certificate with two doses. Those travellers with only one vaccination dose will be subjected to seven days quarantine at their own costs.

The two countries urged their populations to respect the regulations and laws applicable when travelling.

Namibia exports to Angola were estimated at some N$439 million during 2020, according to the United Nations Comtrade database on international trade.

Namibia and Angola further agreed that a joint committee, composed of Ohangwena, Omusati, Kavango East and Kavango West regions as well as the Cunene and Cuando Cubango Provinces of Angola, will convene before 31 January 2022, to work out the modalities of reopening the borders.

“The bilateral meeting was held in a spirit of comradeship that characterises the warm and cordial relations existing between the governments and people of the two countries,” read a communiqué from the two governments.

Meanwhile, the two delegations reviewed and shared the Covid-19 epidemiological situation in their respective countries and further agreed to enhance vaccination among their populations, especially along the common border.

In addition, the two countries congratulated each other on measures put in place to combat the further spread of the coronavirus.

Francisco Pereira Furtado, Minister of State and Head of the Military House of the President of the Republic and other senior government officials led the Angolan delegation.

The Namibian delegation was led by Minister of Home Affairs, Immigration, Safety and Security Albert Kawana, and comprised the minister of health and social services; executive director of international relations and cooperation; ambassador of the Republic of Namibia to Angola, inspector general of the Namibian Police; governors of Ohangwena and Omusati regions, representatives from the Kunene, Kavango East and Kavango West regions among others.