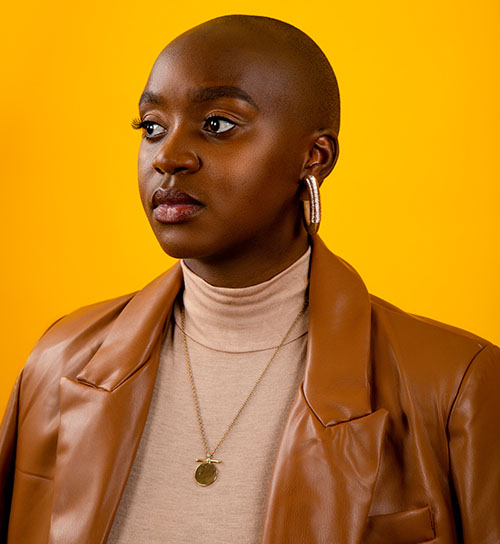 In May 2021, oral arguments made by two couples who sued the government to recognise their same-sex marriages concluded outside of Namibia were ﬁnally submitted, with a verdict delivered on 20 January 2022.

The oral arguments centred not only on recognising the marriages of the same-sex couples concluded outside the country, but on highlighting the fundamental equal status and rights of the LGBTQIA+ community, insofar as their right to live freely and digniﬁed with their families.

In Namibia, gay, lesbian and other self-identifying communities cannot get married. Only people of the opposite sex can get married. In fact, as reported by The Namibian on the arguments by the State on the Supreme Court judgement delivered 20 years ago, “...On behalf of the government, South African senior counsel Griffits Madonsela argued that the applicants’  constitutional arguments  ﬂounder  in  the face of a Supreme Court judgement delivered 20 years ago in a case involving two women involved in a same-sex relationship. In that case, two Supreme Court judges decided that same-sex  relationships are not recognised  on  the  same  footing  as  heterosexual relationships in Namibia, and that people involved in same-sex unions are also not considered to be a family as protected by the Constitution.” The article further quotes, “The High Court is bound by that decision, and it would be best to leave the recognition of same-sex marriages for Namibia’s parliament to decide”, Madonsela argued.

According to an informational brief by the Legal Assistance Centre (LAC) on LGBT Rights in Namibia, “No Namibian court has decided whether the constitutional right to equality requires the law to provide for same-sex marriage. This will depend on how the courts interpret the part of the Namibian Constitution that says, “men and women … have the right to marry and to ﬁnd a family”. The brief elaborates further on whether or not foreign same-sex marriages would be recognised in Namibia, highlighting, “Probably not. The general rule is that a valid marriage concluded in another country will be recognised as a marriage in Namibia.”

On Thursday, 20 January 2022, Judge Hannelie Prinsloo ﬁnally delivered this watershed judgement, and two of her colleagues conceded on important and historically divisive facts about the rights and status of LGBTQIA+  Namibians:  “A  Supreme  Court  judgement  in  which  it  was  said  same-sex relationships  are  not  recognised  under  Namibian  law  was  wrong…The  Constitution  prohibits discrimination on the basis of sexual orientation, and the Supreme Court was wrong when it found 20 years ago that such discrimination was not unconstitutional. The High Court cannot overrule the Supreme Court, though,” as quoted by The Namibian.

The landmark judgement not only tested Namibia’s judicial readiness to acknowledge and grant equal rights towards LGBTQIA+ Namibians, but served as a historic moment for the democracy and justice of a minority community whose equal status in so many fundamental constitutional prerogatives have been denied; reverberating across the country that our legal commitment to the promise for equality has not gone undone, nor has it let up. In addition, we may not simply leave the recognition of same-sex marriages/unions for Namibia’s parliament to decide either as outcomes may be delayed further, notwithstanding the fact that the current families have waited at least ﬁve years for this judgement, haemorrhaged life savings and political will (or lack therefore), and may produce poor results as opposed to the republic relying on a bench of judges to change the course of history for good.

In  an  article  by  Global  Citizen,  there are  at  least  ﬁve  countries  in  Africa  that  have  legalised same-sex  relationships  in  the  past 10 years: Angola, Botswana, Mozambique, Lesotho and the Republic of Seychelles. The article further illuminates, “...In 2006, South Africa became the ﬁrst and remains the only African country to legalise same-sex marriage, with a constitution that also protects against discrimination based on sexual orientation.” Even though the judgement in Namibia focused on unions recognised outside the country, it augured extremely well for same-sex marriage recognition and legalisation in the future for gender and sex minorities.

The  Supreme  Court  judgement  delivered  20  years  ago,  which  socially  and  ﬁnancially burdened  the  families  who  sued  the government, has for years undermined the vigour of our judicial system to reshape the course of justice and interpret a more nuanced, inclusive, expansive and just future for minority Namibians whose lives are undoubtedly inﬂuenced by the mana of our Constitution.  Even though our Constitution  does  not  ‘explicitly  permit  nor  prohibit same-sex marriages’ according to Article 14 (2) that deals with the right to marry and found a family, it still falls under Chapter Three of the Fundamental Human Rights and Freedoms, which may only be expanded and improved on to preserve and celebrate constitutionalism in our democracy.

Twenty years from now, a lot more landmark judgements will be predicated on the current court cases for same-sex recognition (concluded outside the country), even providing prohibitive grounds to not discriminate against same-sex unions on speciﬁc needs for a start. If the community does not survive this clear uphill battle, we might as well conﬁrm to ourselves an ugly reality we all feared in the days that led up to the judgement: no matter how compliant, deserving and tenacious we may be as LGBTQIA+ (Namibians), a Constitution which does not recognise and enforce our constitutional prerogatives erased our humanity, to begin with. And if we are not seen from the start, the end was never ours to envision from the beginning.

* Ndiilokelwa Nthengwe is an intersectional gender justice activist and author.