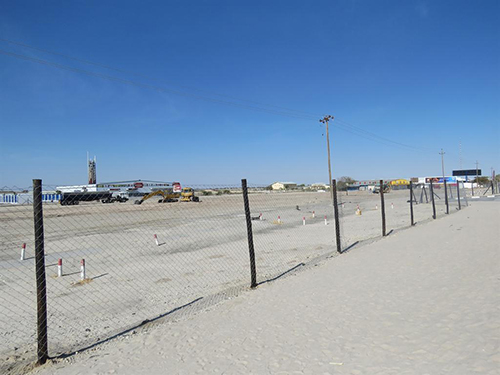 Business tycoon Erastus ‘Chicco’ Shapumba has won a court battle against the Oshakati town council over the acquisition of the old open market, known as Omatala, at the northern town.

In 2016, the council sold erf 1342, previously known as Omatala, to Mouse Properties Ninety-Eight, solely owned by Shapumba, for N$2.5 million.

The plot of land, measuring 1.7 hectares, situated along the Oshakati main road and previously used as an open market and bus terminal, has been valued at between N$16 million and N$45 million.

According to court documents, Shapumba’s company paid the money to the council before ministerial consent was sought to buy the erf as prescribed by the law. The council then resolved it would first seek the Ministry of Urban and Rural Development’s written advice regarding its intention to restart the process of disposing of Erf 1342.

Last year, the town council resolved to refund Shapumba’s company Mouse Properties for the plot, which resulted in Shapumba challenging a bid to force through a deal in which it had paid N$2.5 million.

Former Oshakati mayor Onesmus Shilunga, who has been supporting the decision for local authority councillors and officials at the town to be investigated over the issue, yesterday refused to comment. “Although I was quite vocal on the matter, at the moment I don’t have anything to say. If he (Shapumba) won the case, what else do I have to say,” he questioned.

Attempts to obtain comment from Shapumba and the mayor of Oshakati Leonard Hango proved futile, as calls and messages sent to their personal mobile numbers went unanswered.