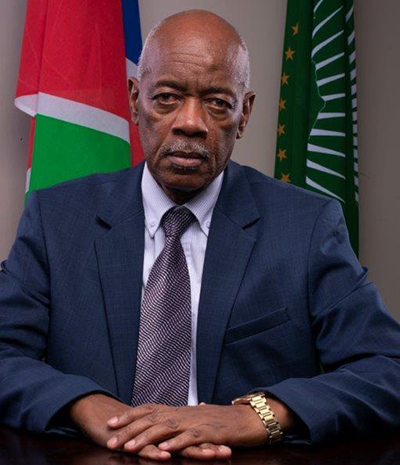 The 6 of April 2022, marked the 30th anniversary of the Bosnian civil war. The Bosnian war was an international armed conflict that took place in Bosnia and Herzegovina between 1992 and 1995. After a number of earlier sporadic violent incidents, the war started on 6 April 1992 and ended on 14 December 1995.

The main belligerents were the forces of the Republic of Bosnia and Herzegovina and those of Herzeg-Bosnia and Republika Srpska, the latter two being proto-states led and supplied by Croatia and Serbia, respectively.

The war was a result of the breakup of Yugoslavia.

Following the Slovenian and Croatian secessions from Yugoslavia in 1991, the multi-ethnic Bosnia – which was inhabited by mainly Muslim Bosniaks (44%), mainly Orthodox Serbs (32.5%) and mainly Catholic Croats (17%) – passed a referendum for independence on 29 February 1992.

Political representatives of the Bosnian Serbs boycotted the referendum, and rejected its outcome.

In defiance of the referendum outcome, the Bosnian Serbs adopted the Constitution of the Serbian Republic of Bosnia and Herzegovina.

Following Bosnia’s declaration of independence, the Bosnian Serbs, led by Radovan Karadžić and supported by the Serbian government of Slobodan Milošević and the Yugoslav People’s Army (JNA) – which army was mainly composed of Serbs – mobilised their forces inside Bosnia in order to secure ethnic Serb territory; then war soon spread across the country.

The conflict was initially between the Army of Republika Srpska (VRS) – composed mainly of Bosnian Serbs and supported by the Serbian government – on the one side, and the Army of the Republic of Bosnia and Herzegovina (ARBiH), largely composed of Bosniaks, and the Croat forces on the other side. Tensions between Croats and Bosniaks also came to the fore throughout late 1992, resulting in the escalation of the Croat–Bosniak War in early 1993.

These two groups later smoked the peace pipe and rallied their combined forces against the Serbian forces.

The Bosnian War was characterised by bitter fighting, indiscriminate shelling of cities and towns, ethnic cleansing, and systematic mass rapes.

The Serbs, although initially militarily superior due to the support provided by the government of Serbia, eventually lost momentum as the Bosniaks and Croats allied against them in 1994.

After the Srebrenica massacre,
NATO intervened in 1995 targeting the positions of the Army of the Republika Srpska, which proved key in ending the war.

By early 2008, the International Criminal Tribunal for the former Yugoslavia convicted 69 individuals of war crimes in connection with the war in Bosnia.

Around 100 000 people were killed and over 2.2 million people were displaced during that war, making it the most devastating conflict in Europe since the end of World War II.

What are the similarities between the Bosnian civil war and the Russia-Ukraine conflict?

Most Russians and most Serbs mainly associate themselves with the Eastern Orthodox Church; and this cements a strong cultural bond between these two nationalities.

In southeastern Europe, religion is an important cultural identity and this was clearly demonstrated during the Bosnian civil war where religious-cultural differences between the Muslim Bosniaks, the mainly Christian Orthodox Serbs and the mainly Catholic Croats played themselves out.

Furthermore, the Russians were the “big brothers” in terms of political dominance in the former Soviet Union, the same way the Serbs were in the former Yugoslavia.

Serbia, under the then strongman, Slobodan Milošević, never took kindly to the collapse of Yugoslavia in 1991.

In the same way, the collapse of the Soviet Union in 1991 has been a bitter pill to swallow for ultra-nationalist Russians, whose ideas for the revival of Great Mother Russia are embodied by Vladimir Putin.

Slobodan Milošević stoked the fires in the Bosnian civil war in the name of protecting Serbian ethnic minorities in Bosnia, the same pretext that Putin is partly using – i.e. protecting Russian minorities in Ukraine.

Given the strong cultural bond between the Serbs and the Russians, it goes without saying that Russia took exception to the NATO bombings of the Serbian military positions in Bosnia in 1995 as well as the subsequent NATO bombings of Yugoslavia in 1999 during the Kosovo conflict.

The latter was a province within Serbia (mainly inhabited by ethnic Muslim Albanians) and which gained independence in 2008 after a bloody conflict.

Both conflicts also have similarities in terms of shelling of cities.

Therefore, the Russia-Ukraine conflict carries the hallmarks of the Bosnian civil war in more ways than one.

This time around, however, the acts of atrocity seem to be one-sided and the dice are heavily loaded against Ukraine.

* Gerson Uaripi Tjihenuna was educated in the former Yugoslavia and holds a BA Degree in Political Science as well as a joint Master’s Degree in Public Policy and Administration from Unam and the International Institute of Social Studies in The Hague. He is a commissioner of elections, but the views expressed here are his own and not those of the ECN.