After relative peace in recent months, the City of Windhoek council yesterday failed to elect its new office-bearers after councillors representing Swapo and the Independent Patriots for Change staged a walkout, much to the disappointment of residents and invited guests.  Swapo councillors were the first to walk out, with one of its representatives Queen Kamati indicating their non-participation in the election process.

This was followed by another mass exodus of IPC councillors. Swapo has five seats, while IPC has four seats on the 15-member city council.

The meeting had to come to an abrupt end as there was no quorom to continue.

Affirmative Repositioning (AR) councillor Job Amupanda asked for the meeting to be adjourned as there was no quorum, while further denying there was a crisis. “I just wanted to say if there is food, it must be given to the residents. Unfortunately, we will find ourselves in this chaos,” he said. “The councillors from the two parties walked out, and this is politics. To the staff, continue doing your job while we are checking the schedules of the councillors. We cannot continue as there is no quorum.” He, however, declined to comment after the meeting when contacted. “Please contact the councillors who walked out. We were ready to participate. They are the ones who need to speak as we were not given any reason,” added Amupanda.

Attempts to obtain comment from the chief whips of the two parties, Kamati and Ndeshihafela Larandja, proved futile as their mobile phones went unanswered late yesterday. Another Swapo councillor and former mayor Fransina Kahungu also declined to comment, referring all querries to Kamati. Before the conversation ended, she said they will participate in the election in the near future. IPC spokesperson Immanuel Nashinge indicated that their councillors have taken a principled decision not to participate. “Our councillors were not going to participate. Our councillors will remain ordinary councillors, not leadership things. They will focus on serving our people as per our mandate. We will let those who are hungry for power take over. We are not interested in power, but in the bread and butter issues of the residents,” he said. He noted that there was no point for the IPC to remain in the meeting as other councillors had already walked out.  Incumbent mayor Sade Gawanas also declined to comment. “I think it is best if you contact those who walked out of the meeting,” she said. Swapo regional coordinator for the Khomas region Elliot Mbako did not answer numerous calls made to his number nor respond to a text message sent to his mobile number. The marriage of convenience between Swapo, AR, the Popular Democratic Movement (PDM), National Unity Democratic Organisation (Nudo) and the Landless People’s Movement (LPM) managed the affairs of the city this year after moving their allegiances from the IPC, and then instituting a vote of no-confidence in the IPC-dominated management committee (MC). The parties agreed the City of Windhoek has been reduced to a political battleground and residents were fed-up. They blamed the IPC leadership’s interference in the day-to-day affairs of the city. The failure to appoint a substantive CEO and the travel ban on the IPC councillors were cited as some of the reasons for the new coalition. The Swapo-AR-LPM triumvirate, with AR at the head of the MC, managed to land their candidate in the CEO’s position. Yesterday’s walkout leaves the informal coalition in tatters. 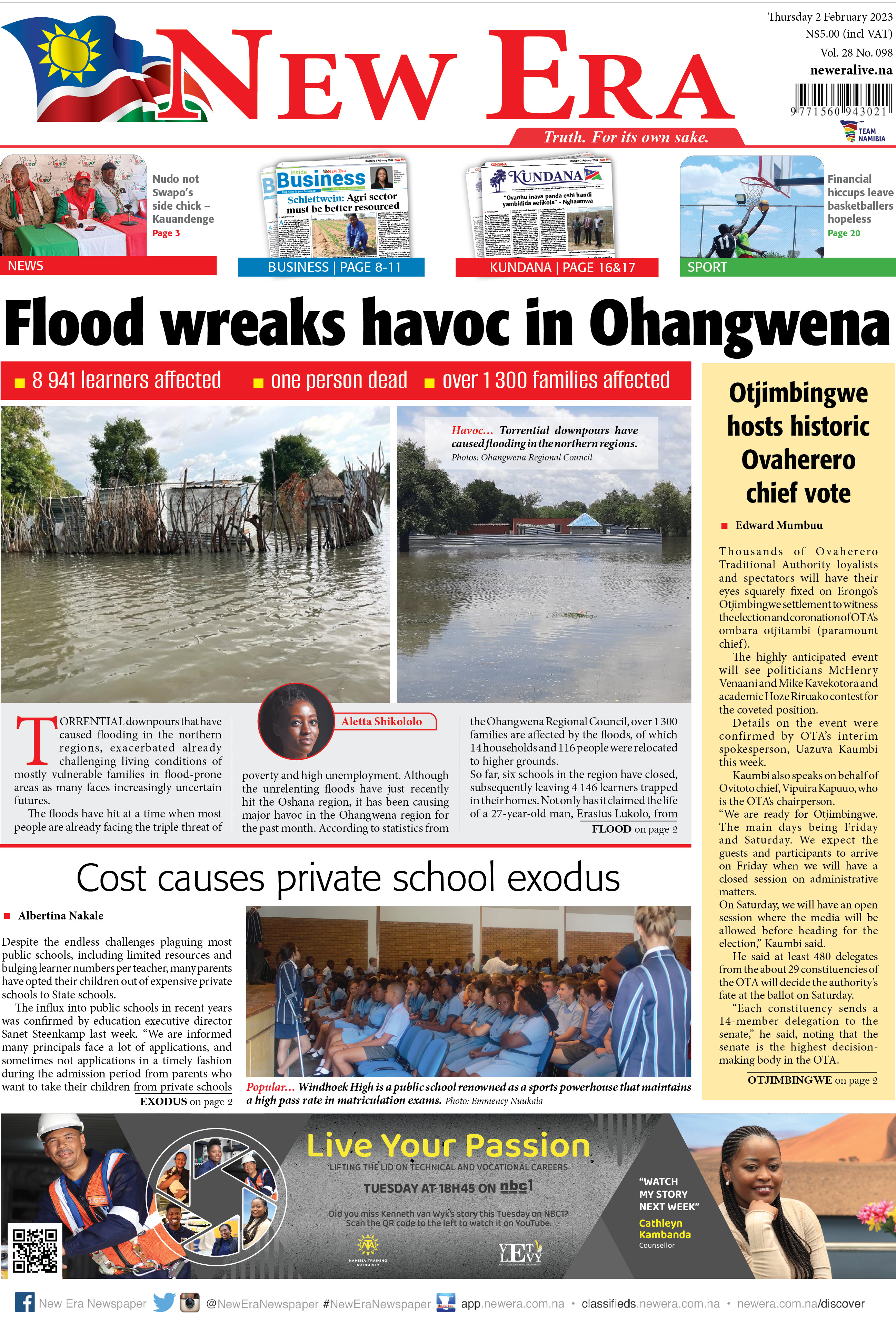