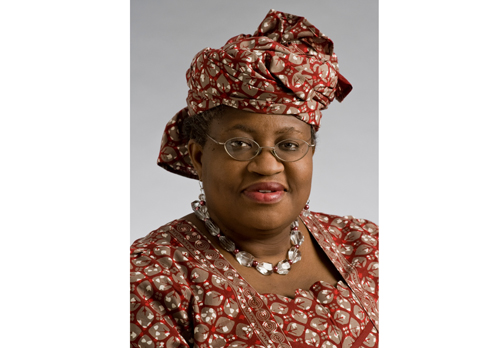 Minister of Industrialisation and Trade, Lucia Iipumbu, has extended her ministry’s and Namibia’s congratulations to the newly appointed Director General of the World Trade Organisation (WTO), Dr Ngozi Okonjo-lweala. Adding that the first African and first woman at the helm of the global trade organisation emerged as the best candidate on merit-based firmly in her education and experience, Iipumbu noted that Okonjo-lweala has vast knowledge in the global economy and trade, multilateralism, economic relations as well as states and international development.

“We have no doubt in our mind that, Dr Okonjo-lweala will reach greater heights propelled by her visionary leadership and inputs that will substantially shape the role of the global trade organisation in ensuring that trade flows as smoothly, predictably and freely as possible. Also, in realizing the vision, mission and objectives of the body. She has given hope to the people of Nigeria and the African continent at large,” said Iipumbu.

Namibia’s trade minister continued that her ministry is proud to be associated with the WTO looks forward to working with Okonjo-lweala on finding solutions to pressing African trade issues.

“We look forward to a strong and fruitful relationship and we wish Dr Okonjo-lweala success in her new endeavour,” Okonjo-lweala stated.
When Okonjo-Iweala was confirmed as the new WTO chief last week, Namibia implored the global trade body to address specific trade issues affecting the continent. Amongst these include fisheries and agricultural subsidies as well as unfair trade practices such as product dumping into African markets and other developing nations.

Upon enquiry, MIT spokesperson, Elijah Mukubonda, said other issues MIT feels need the WTO’s attention are property rights, such as geographical indications and traditional knowledge as well as equitable access to WTO dispute settlement.
“Currently many developing nations are not really in position to advance their trade issues to the WTO dispute settlement system due to high cost. Some of the trade issues include global warming due to carbon dioxide emissions by developed nations; and capacity building for developing and least developed nations,” he said.

Mukubonda noted that Namibia wholeheartedly supported the candidacy of Okonjo-Iweala since the inception of the contest for the top job and said Namibia’s permanent mission to the World Trade Organisation (WTO) actively participated in the appointment process.
“Dr Okonjo-Iweala ascends to take the helm of the global trade body at a time where the Multilateral Trading System is faced with numerous barriers such as a wide range of institutional reforms; impasse on the appellate body; conclusion of the negotiations on fisheries subsidies and the impact of Covid-19 that has turned lives upside down in every sector leaving us with little to no hope with unprecedented challenges,” Mukubonda stated.