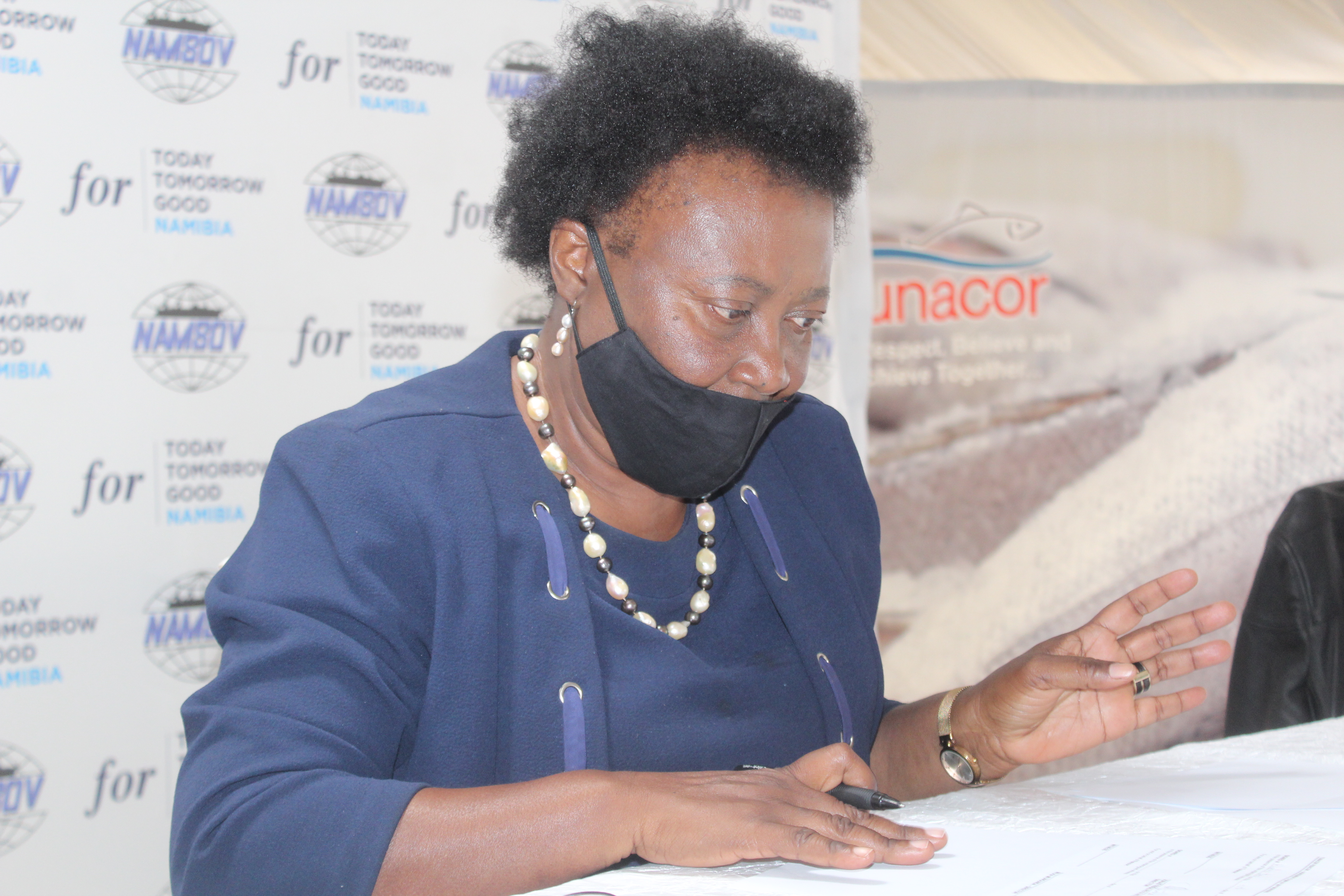 Walvis-based fishing company Tunacor yesterday formalised an agreement in which it will spend at least N$1.6 million a month for the next four months to pay monthly salaries to over 600 former employees of Seaflower Pelagic Processing (SPP) in exchange for a 4 000-metric ton quota from the state-owned National Fishing Corporation of Namibia (Fishcor). There are, however, no vacancies at Tunacor for the 655 workers who have since been loaded onto the company’s payroll system for their first salary due this month.

The former employees made a dramatic U-turn against SPP last month by calling on the government and Fishcor to revoke the 9 000-metric ton quota that the company was allocated earlier this year to save their jobs. The workers accused SPP which is currently embroiled in a messy divorce with Fishcor of using a no work, no pay type of agreement despite quotas being given to secure their jobs. As a result, they refused to go back to SPP after the quotas were granted by Fishcor in protest of the “slave-like” employment system.

Tunacor and the interim Fishcor b oard repres ented by Milka Mungunda yesterday signed an interim agreement that will see the former SPP employees receive N$2 500 each month until end of March next year.

“ This is not a permanent solution, but we wanted to ensure that the employees have at least something on their table while a more permanent solution is being explored with various companies in the industry,” Mungunda said during the signing of the agreement.

According to Mungunda , the plight of the workers was worrisome hence the Fishcor board met with the various line ministries involved and made recommendations to see how the workers could be absorbed in the industry again.

“We did not favour Tunacor at all. We had various discussionswith some fishing companies, however, the offer we got from Tunacor was the most lucrative one and it made sense to sign a protocol agreement with them for the benefit of the employees,” she explained.

She added that the no work, no pay contracts employees had with SPP were not in their best interest as they at some stages would only work for an hour and get paid N$37 for a month.

Meanwhile, Tunacor CEO Peya Hitula yesterday explained they are facing a huge task as taking in the former SPP employees was not part of their plan. “You must rememb er 655 employees is a lot of employees and at the moment they are being integrated into our system.

We don’t have an open factory or an empty one to accommodate them. However, we have one onshore processing facility that is going to be operational soon that can accommodate at least 200 people,” Hitula said.

“We will try and absorb as many employees as we can through other initiatives as well. As for now the employees will receive salaries irrespective of the fact that they are currently at home,” Hitula said when responding to questions from the media.