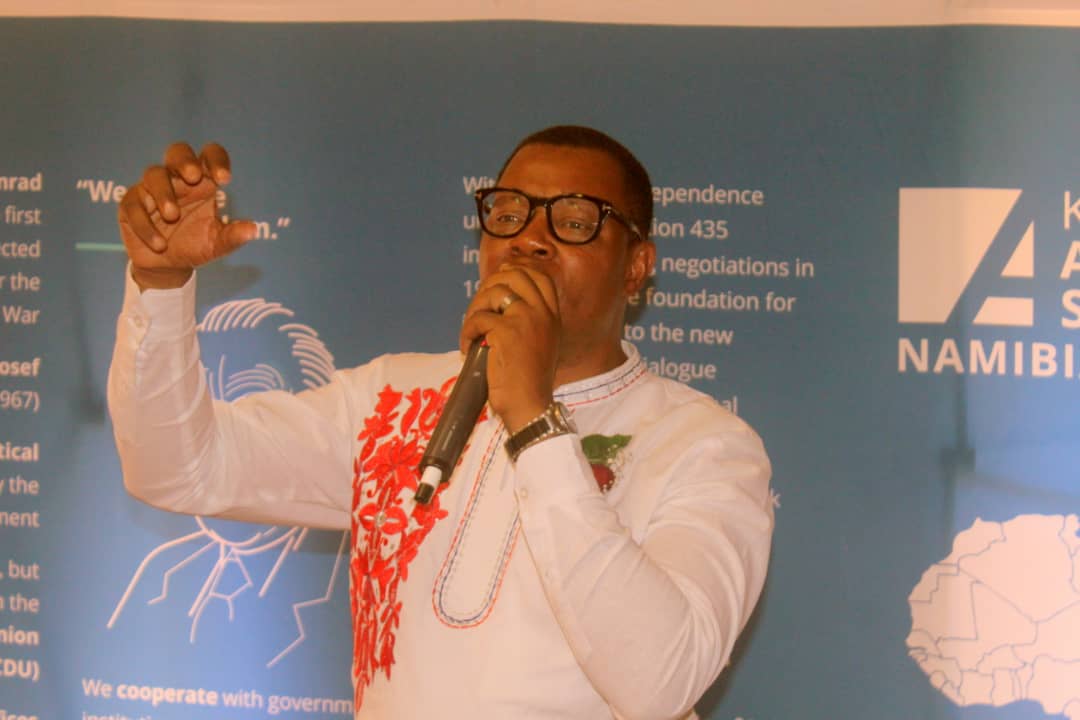 Popular Democratic Movement (PDM) leader McHenry Venaani has called upon his party leaders to come up with policies that can cure corruption, patronage and clientelism.

Venaani said all undermine economic development and are some of the obstacles that hamper national progress.  He said these while officiating the party’s policy conference in Otjiwarongo, Otjozondjupa region this week.

“Our policies must cure this cancer that erodes our young democracy. Those who steal public funds and public assets from the Namibian taxpayers, who already struggle in a hostile economic environment, steal from the future generations and by extension undermine the efforts to attain economic prosperity,” Venaani told the gathering.

The leader of the official opposition said corruption can only be eradicated by policies that seek to intentionally battle this social evil by taking seriously the stewardship of state resources.

“I, therefore, urge you to consider policies that seek to, inter alia; strengthen the investigation and prosecution capacity of the police, rationalise and streamline the mandate of the Anti-Corruption Commission (ACC),” he said.

“You must also consider policies that further mechanisms to detect and prevent corruption and lastly assiduously attempt to recover all stolen public funds and assets that have been expropriated through illegitimate means, whilst also considering the implementation of lifestyle audits for senior public servants and employees of state-owned enterprises,” he added.

PDM yesterday kicked off its policy and election review conference that is expected to end on Friday. The conference is attended by 100 delegates, selected from both within the movement and outside based on their unique set of skills and expertise.

“Whilst the progress we have made in our country so far with regards to gender equity, is commendable, this conference must deliberate on matters pertaining to gender,” he said.

He added other priority areas are to mainstream gender equity measures across the whole of government; economic empowerment, job creation and sustainable livelihoods for women, rural women’s development and women empowerment through skills development.

Moreover, he said in respect of international relations “we continue to place Africa first, especially the promotion of African unity and regional economic integration”.

“We believe strongly that Africa must determine its own destiny and deal with its matters without outside interference. We must discuss the post-conflict reconstruction and development, peacekeeping operations and mediation,” he said.