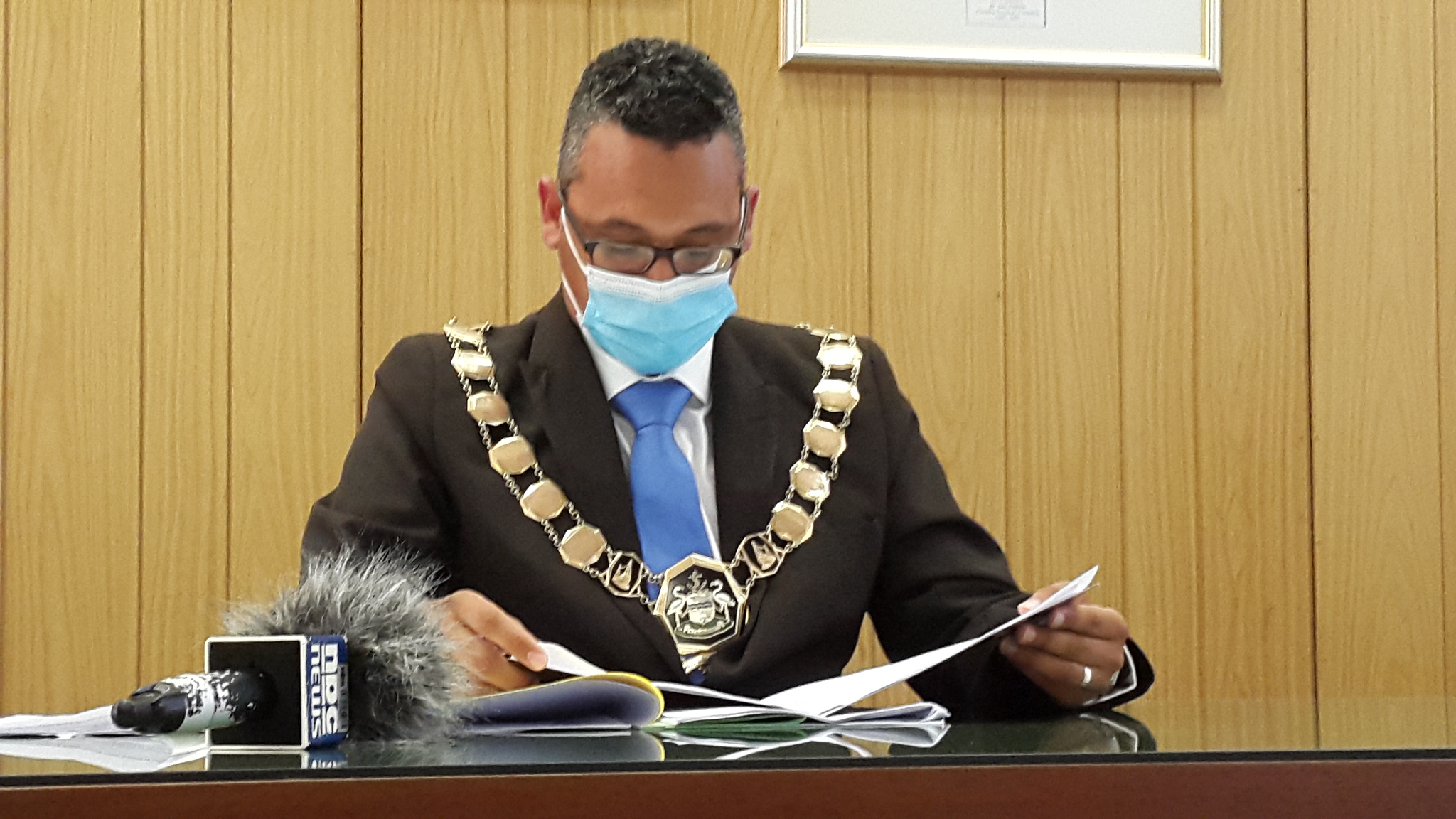 WALVIS BAY – The Walvis Bay Municipality yesterday failed to release the much-anticipated forensic report of an audit conducted into discrepancies within the massive urban land-servicing
project.

The executive summary of the report by PriceWaterhouseCoopers (PWC) was also not released as previously promised, despite having spent N$671 850 on report. Walvis Bay mayor Trevino Forbes yesterday told New Era they are restricted by PWC and cannot release the report to a third party, unless they get clearance from PWC first.

“We have been engaging them so that we can released the report to the media,” Forbes said yesterday.Council was heavily criticised yesterday after they released only the recommendations made by PWC, instead of the executive summary they have promised to make available to residents and the media.

“We need authorisation from them to release the report. Only then can we release the report as we indicated earlier,” Forbes said. Meanwhile, the Affirmative Repositioning Movement in Walvis Bay also rejected the two-page recommendations yesterday, saying that it means nothing without the forensic report.

“Based on the recommendations made. How do you just release recommendations without any basis,” AR asked yesterday. Walvis Bay activist Knowledge Ipinge, who reported the discrepancies in the housing project to the Anti Corruption Commission (ACC) last year, also told New Era he is shocked that council did not release the report as promised.

“Council’s actions are a clear act of ignorance and tampering with the audit findings. They should prepare to face pressure from us, residents, as we will institute remedial measures recommended that they are trying to hide by keeping the audit report from us,” he said.

Another community activist Amber Somses said that only releasing the recommendations is a clear indication that they lack transparency. “How do you only release two pages from a 200-page document? Clearly, they do not have the interest of their ratepayers at heart,” she said. Spokesperson of the municipality Anita Kahiva yesterday also told New Era the report does show who may have benefited from the housing project but recommends further investigation into some of the properties.

According to the statement issued yesterday, the auditors recommended that additional procedures be carried out to establish whether at least 26 houses, for which construction could not be verified, had been certified by the municipality and that subsequent payments made to contractors were in line with the associated actual cost. Also, to verify if 29 properties, which sales could not be verified and whether 190 houses are occupied, and if so, whether they have been fully paid to the municipality. The report also recommends that council tries to confirm the current ownership status of the 68 properties on which individual agreements of sale were concluded but not transferred.

Additionally, to perform a similar verification on the current ownership of the 122 properties currently held for future sale in order to confirm whether these are still owned by the municipality. It also recommends that council looks into the payments of 140 contractors who constructed the houses as well as the misconduct of employees with regards to the housing project.

About 900 houses were built under the project at Walvis Bay. New Era was informed on Monday that the findings of the report are damming in terms of administrative issues and payments done without proper procedures. The report is also pointing to some heads of department who failed to perform their duties properly, while also implicating more council employees.