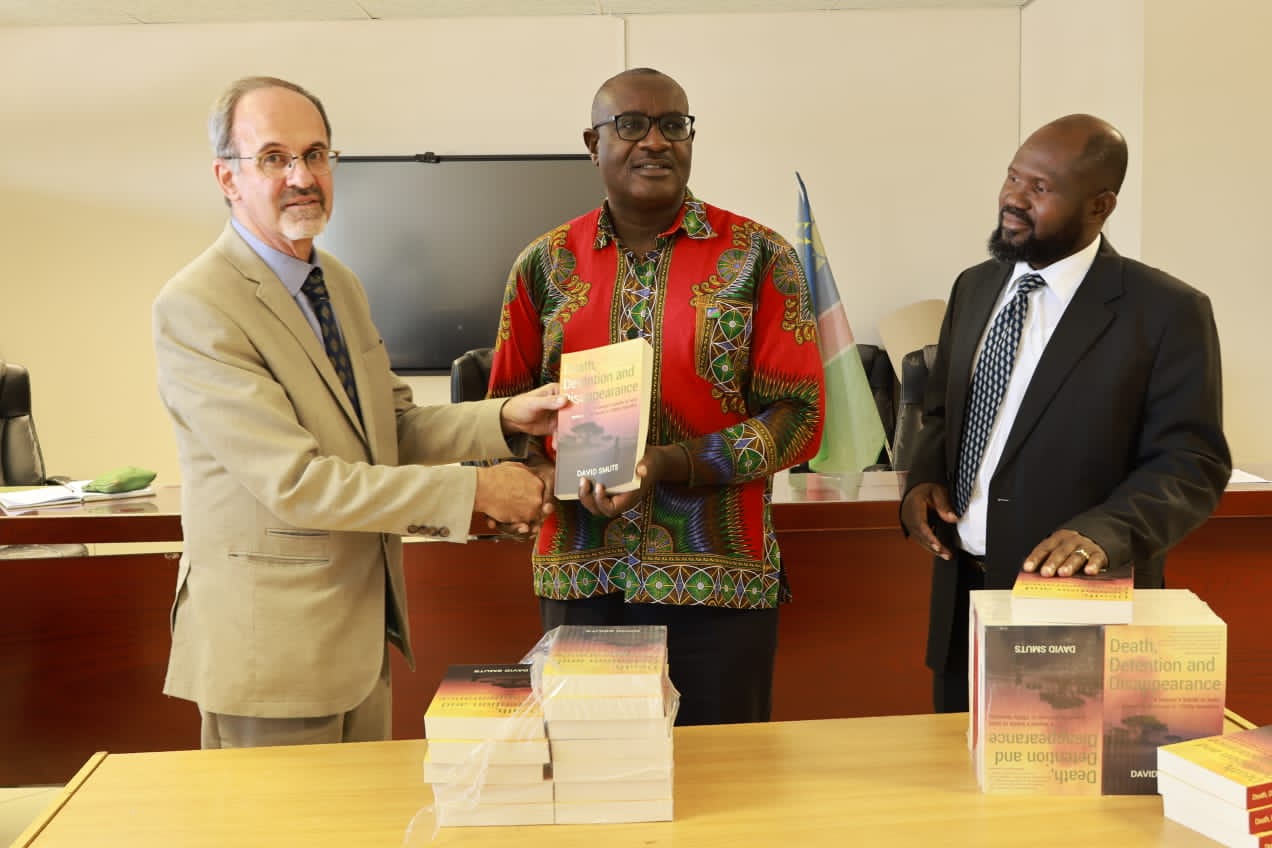 The book chronicles the struggle for human rights through the courts inside Namibia during the 1980s.

The stories are of those caught up in legal cases during those times.

The handover occurred at Eenhana on Friday, followed by a formal handover of books at the Oshana Regional Library for the Oshana, Omusati and Oshikoto regions over the weekend.

He said the book is written for non-lawyers without any legal jargon.

Smuts explained that the book concerns people drawn from all walks of life who were prepared to confront and challenge injustice.

“Our history is after all made of those acts. It is part of that history which my book seeks to preserve, and to recognise the bravery of my clients during those years who were prepared to stand up and confront injustice and try to bring about some accountability where there was very little in a harsh and repressive legal landscape,” he noted. The book was received by the director of education in Ohangwena Isak Hamatwi, who said they are appreciating it.

Hamatwi said to those who lived during the period of the liberation struggle, the book will serve as a medium of re-telling the history, while educating those who never lived in that period about the history of the country.

He observed that through this donation and his work to represent those who were being tortured and arbitrarily detained during that period, they view Justice Smuts as an extraordinary person, full of humility.

“We also put it to him that by rejecting the apartheid system and taking actions contrary to the ideals of the colonial regime, he stood the risk of being alienated by fellow whites,” Hamatwi said.

Smuts was a prominent anti-apartheid lawyer, who is now serving on Namibia’s Supreme Court. - fhamalwa@nepc.com.na