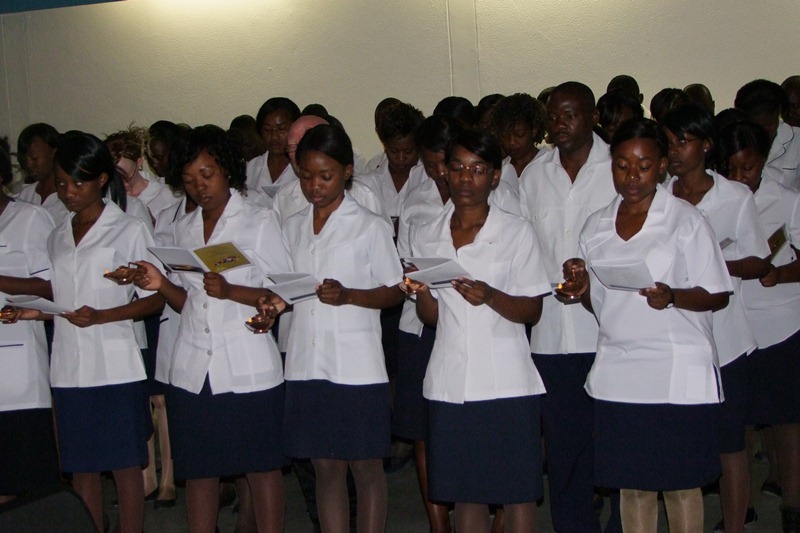 Nurses at the Opuwo District Hospital are not happy about the nursing staff complement, which has not changed for many years, while the population is increasing.

Nurses say they are overwhelmed and working under tremendous pressure due to the staff shortage, and are demanding that the ministry urgently recruits more nurses.

The hospital is one of the biggest hospitals in Kunene, and serves patients from Opuwo and surrounding villages.

Nurses in a letter say they are working slave hours, which they are not being paid for due to the 40-hour overtime claim limit.

The letter was sent to the office of the executive director in the ministry of health, Ben Nangombe, last Wednesday. They are likewise asking the ministry to allow nurses to be paid fully for all the hours worked as overtime, and not to be limited to claiming 40 hours only.

“We, the nurses of the Opuwo District Hospital, are tired of our concerns not being taken seriously and addressed by the hospital and the regional leadership,” they charged in the letter.

In addition, the nurses are demanding the immediate firing or transfer of the regional director of health, Thomas Shapumba, who has allegedly been ignoring their cries for many years. He allegedly also doesn’t respect the nurses, and is accused of being arrogant.

“We also demand the immediate firing of the senior medical officer who has been intimidating the nurses, and has created an unfavourable working environment for the nurses. We have seen many Namibian doctors leaving the hospital to go and work elsewhere because of his attitude,” they stated in the letter.

They are also demanding the renovation of the hospital, with proper nursing stations and staff toilets.

“Considering the urgency of this matter, we will highly appreciate it if we can receive the response to our demands in the next 10 days”, they added.

Speaking to New Era, secretary general of the Namibia Nurses Union (NANU) Junias Shilunga said he is happy to see nurses standing up against those who think they are slaves and can treat them as they wish.

He stated that he has seen how nurses are suffering in that region, and it’s high time the government starts to listen to and address the plight of nurses.

“Our nurses need to work in a conducive and safe environment for them to be able to deliver safe, quality healthcare to the patients,” he added.

Nangombe said his office hasn’t receive the letter yet, but if he receives it, he will give feedback as soon as possible.  -fhamalwa@nepc.com.na