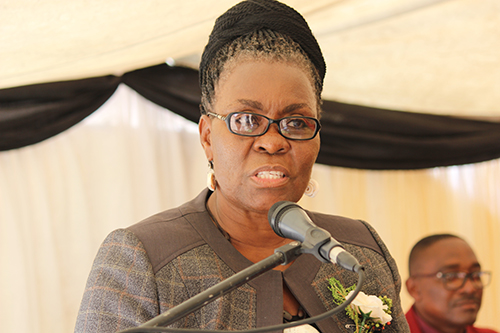 She said it will facilitate and accelerate efforts of incorporating arts, culture and heritage into the national education mainstream. Motivating and introducing the policy to parliament on Tuesday, Nghipondoka said the new policy is also widely expected to facilitate infrastructure development and enhance capacity building for better documentation, management and protection of arts, culture and heritage for commercialisation purposes.

“The fundamental premises of this policy is that no development can be sustainable without a strong culture component to encourage intercultural dialogue and respect that contributes to the culture of tolerance, peace and stability,” she said, adding that the NACHP policy would also facilitate the smooth implementation of Namibia’s development plans aimed at economic development and social progression. “The policy will assist the relevant organs of the State to accomplish their respective international obligations that Namibia, as part of the wider international community, has committed itself to, through international conventions, treaties and protocols in various sectors of national development,” she said.

Nghipondoka said the vision of her ministry and the policy is to nurture, develop and celebrate the cultures, heritage, artistic and cultural expressions of all Namibians, and to harness these for human, social and economic development, thereby contributing to a better quality of life for all citizens.

“The arts, culture and heritage industries have over the past few years emerged as alternative sources of employment in Namibia and significant means to assert the people’s national identity,” she said, adding that the industry has also contributed progressively to attracting tourist inflows and in building the country’s image. She said the promotion and development of the arts and culture industries could enhance their capacity to create new jobs, generate income and increase flows of foreign currency if it is based on a relevant, comprehensive and functional policy and legislative framework.

“It is the intention of this policy to achieve this and to give direction regarding the role the corporate sector, non-governmental organisations and international partners should play,” she said. The minister said the NACHP is a result of wide consultations with arts, culture and heritage institutions; arts associations, youth and women organisations, groups of marginalised people, traditional leaders and authorities, the private sector, tourism entities and the wide spectrum of the educational system.