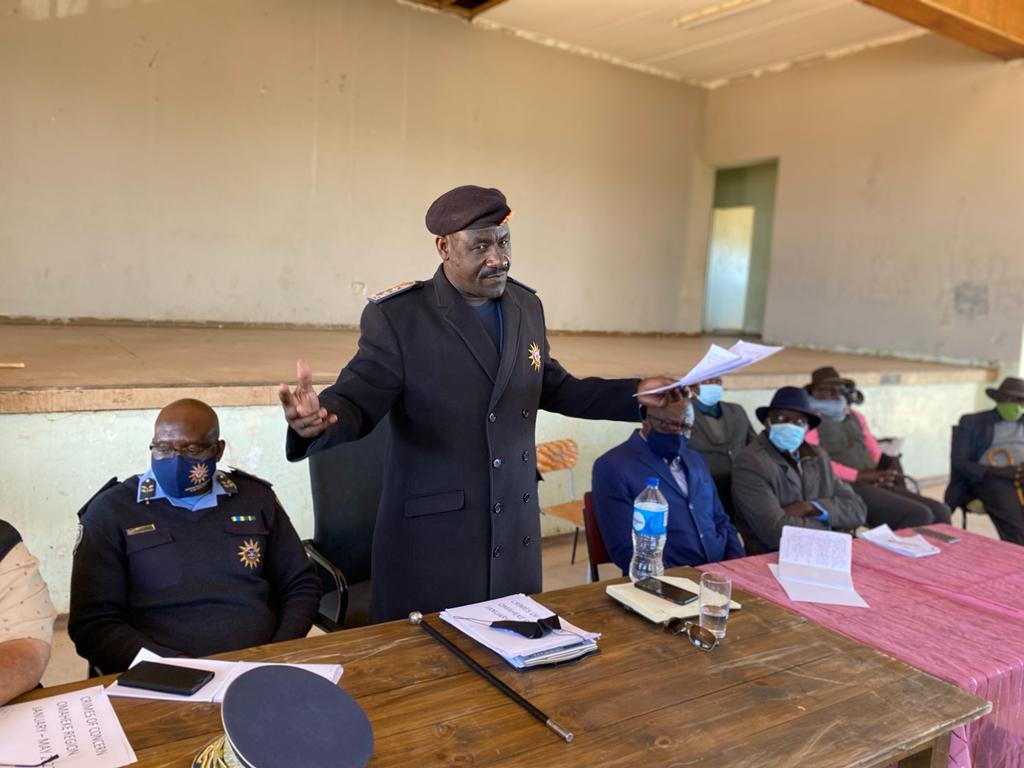 OMAWEJOZONJANDA – Deputy police chief Joseph Shikongo on Friday threatened to deal with Epukiro officers, who are accused of serious allegations, such as assisting inmates to see lovers, being implicated in missing livestock dockets and aiding cattle rustlers.

Shikongo made the threat while engaging with police officers at a meeting held at Omawejozonjanda with communal farmers, who had petitioned the police to voice their displeasure over dockets involving livestock theft that allegedly went missing from the station.

The 15-member Epukiro police force has over the years been in the media for all the wrong reasons.

Among many accusations faced by the force aiding cattle rustlers are allowing inmates to roam freely in the locations at night, police officers operating shebeens, and selling drugs and alcohol to learners.

“Allegations of assisting inmates to see lovers by police officers and aiding cattle rustlers are of serious nature, and whoever is involved will face the full wrath of the law. Whoever is involved must go; this thing can’t continue,” Shikongo told the fully packed community hall.

“We are going to commission an investigation to find out whatever is happening here, but my impression is that there is lawlessness at the station; there is no leadership,” he added.

Epukiro officers have also come under fire from the constituency’s farming community for, among other things, refusing to record cattle theft cases, citing a lack of evidence in some cases.

During a meeting, an elderly farmer made a similar complaint, claiming that the constituency police had become judges.

“When we want to report cases of livestock theft to the police here, in most instances, police officers are reluctant; they have become judges. They will tell you that your case is weak, without them investigating,” complained the elderly farmer.

Responding to the allegation, Shikongo warned the officers against such practice, saying their duty is to record every crime reported, investigate and submit it to the relevant authority for an informed decision.

Another farmer informed Shikongo that whenever they go to the police station to report a crime, they are told there are no cars available – and if they offer to drive police officers, they are told they are not allowed to board private vehicles.

In response, Shikongo admitted that indeed there are transport challenges at the station, but there is no law that prohibits officers to be transported in private cars to attend to a crime.

He said police officers should develop good relations with the community they are appointed to serve.

He also advised the farming community to form a collaboration with the police to curb the rising livestock theft in the constituency.

Shikongo said, as the deputy police chief of operation, his visit to the region is to analyse the situation on the ground to enable him to come up with a strategy as to how he will address the rising stock theft in the constituency.

He further instructed Omaheke regional commander Andreas Haingura to institute an urgent investigation into the allegations levelled against the officers.

Shikongo also urged the youth in the constituency to join the police as reservists, claiming that doing so would reduce the rate of livestock theft in the area.

Shikongo was accompanied by high-ranking police officials in the region.

The visit to the constituency was praised by many, including chief Turimuro Hoveka, who described his interaction with the people as eye-opening. – ktjitemisa@nepc.cpm.na