Home / City cracks down on defaulters

City cracks down on defaulters 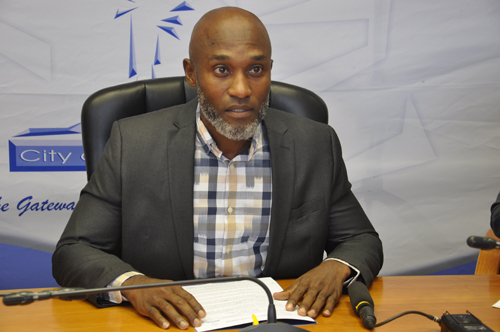 The City of Windhoek is getting tough on institutions and residents who collectively owe the municipality millions in water and electricity bills.
The enormous bill, according to the City, is mostly comprised of water and electricity, which was accumulated over 60 days. “All government offices owe the City a combined N$80 million while the private offices owe the remaining N$20 million,” said the City’s spokesperson Harold Akwenye.

He said so far, the City has disconnected electricity supply to five ministries that owe the City a combined N$47 million. He added further cuts would be enforced if payments are not made by today. The five ministries that were affected by the power cuts include land reform, safety and security, mines and energy, youth and sport as well as defence.

“We are not only targeting government offices, we are up in arms for every account that is in arrears whether government, private or individuals. So people should pay what they are using to avoid unnecessary inconvenience circumstances,” he said.
According to him, they only disconnected the power for now because of the Covid-19 pandemic. He added water cuts would be enforced once the situation normalises.

“I want to inform the public that the reconnection of services will only be done within 48 hours if the services are not disconnected after 48 hours of application, hence people should honour payments on time,” he said.

He clarified clients are supposed to settle their accounts not later than the 15th day of every month following the month in which the account was rendered. If the 15th day is not a working day, the next working day will be considered as the last day for payment.
-ljason@nepc.com.na