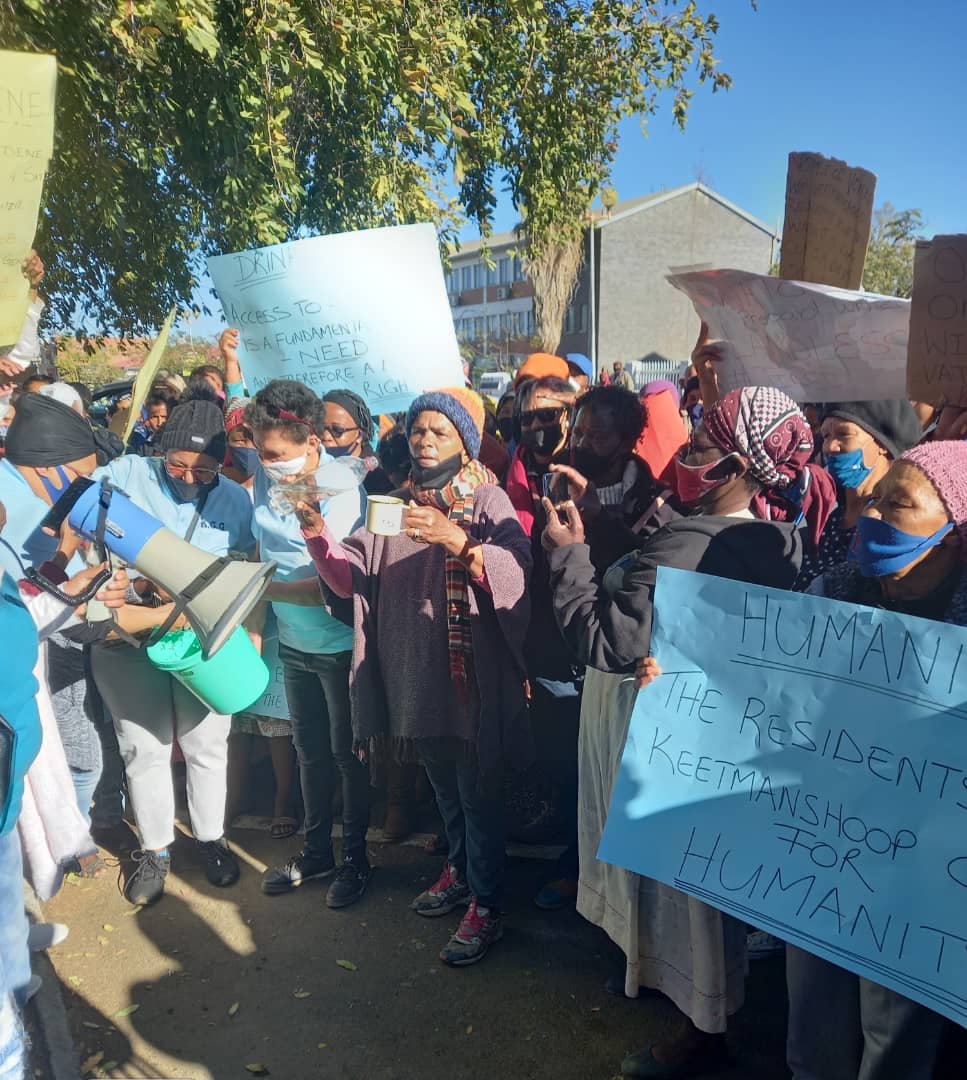 The residents staged a peaceful demonstration, where they also took issue with local authority councillors. The chairperson of the Keetmanshoop Concerned Group, Percy Charlies said in a petition that it was disheartening that residents who voted councillors into power are now deprived of their fundamental, basic right to safe water.

“Despite facing challenges like the Covid˗19 pandemic and unemployment, the municipality has now embarked on disconnecting residents’ water supply without consulting them first,” he charged. “Our people are being used to pay a debt that is caused by water thieves, businesses and government offices that are untouchable by the council who are supposed to fight for us.” Another burning issue is that of land sales done by the local economic development department.

“We have learned that the variation of prices is indicative of nepotism and unfair, inconsistent practices,” he said. The spokesperson explained that one person can buy an erf for N$120 per square metre in the Krönlein suburb, while another gets it for a mere N$35 per square metre. Another disturbing observation was that of the previous council selling public open spaces to private companies. “These sales should be reversed immediately, and those officials or politicians involved in it should be dealt with effectively in terms of the law,” Charlies stated. Also cited as a grievance by the group was a lack of employment opportunities for the town’s unemployed youth.

Receiving the petition on behalf of the council, municipal CEO Desmond Basson promised to forward it to the appropriate channels and that the group, who demanded feedback within seven days, will be provided with such soonest. Katrina Deerling (61), during the protest raised the concern that she and her husband, who is also a pensioner, allegedly owe the municipality N$103 000 in unpaid services.

“My plea to the council is that they should please consider us. Where will we ever get the money to pay this high account?” she asked.