Opinion: The major tools of leadership 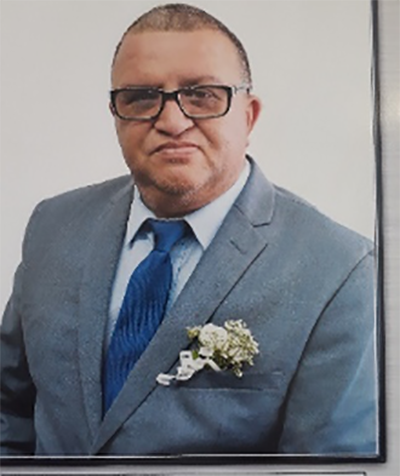 This is the first instalment of a series of articles on the major tools of leadership. This week’s article focuses on hard work. Leadership is a calling – the action of ensuring that a group of like-minded people achieve a set goal.

It is a requirement for the development of communities of organisations. Whether entrenched in the person or spread as a shared means of control, hard work is always an essential component for the progression of people.

Few people have changed the world without working hard. Being a leader does not mean one has “made it”, and it is now exempt from the strenuous effort. Leaders dramatically influence the culture of their organisations through their work habits. Leaders should set the tone when it comes to working ethics.

Leaders should ask themselves, if the people in my organisation worked with the same intensity as I do, how productive would our organisation be?

In a church setup, this means if the leader urges his members to volunteer and assist at the church on Saturday, he is there in his work.

If the store manager asks the clerks to stay an extra hour to do inventory, she is there counting too. A leadership position does not provide immunity from sacrifice; it provides occasions for great effort.

The reason some people achieve far more than others is that quite simple: they work harder. A hard-working leader is like the grease that lubricates a machine. A weak, declining organisation teeters on the brink of disbandment, then a leader brings a positive influence of improvement. The leader galvanises the people, directs action, inspires confidence and boosts morale.

Great military leaders understood there are times when they must lead their troops by example, rather than exclusively by command.

Hannibal, Caesar, Alexander the Great and Martin Luther King Jr were known for charging to the front when their men began to waver and lose heart.

When Caesar’s legions were being overwhelmed by the terrifying German warriors, Caesar raced to the front, calling out to his centurions by name.

A willingness to sacrifice gives leaders far more authority with their people than their position on the organisational chart does.

Mahatma Gandhi’s readiness to suffer for the sake of his cause gave him a level of international influence he would never have achieved by simply commanding his people to march into danger.

Nelson Mandela spent over twenty-seven years in prison on Robben Island before he was ultimately released, won the presidency and was eventually awarded the Nobel Prize for leading a peaceful transition of power in South Africa.

History is filled with examples of leaders who enjoyed success only after enduring great suffering. Life offers few shortcuts to greatness.

If leaders want their people to arrive at work on time, they must set the standard for punctuality.

If leaders want their people to go the extra mile, they must go an extra two.

Astute leaders strive to model exemplary behaviour before their people.

This is not done merely to impress people. It is because one of their greatest sources of influence is their example. Conscientious leaders ask themselves, what do my people see when they watch me at work?

Warren Buffer notes: “A reputation is like fine china… expensive to acquire and easily broken”.

Leadership is hard work. There are no shortcuts. Some people look for easy paths to leadership. They want positions, but they don’t want to put the time in trenches. They are the ones who seek jobs requiring minimum effort but providing the maximum pay. They revile sacrifice. They flee from hard work. They are dreamers who want others to pay the price for their aspirations.

Oswald Sanders observes, “If he is not willing to rise earlier and stay up later than others, to work harder and study more diligently than his contemporaries, he will not greatly impress his generation”.

The reason there are not more great leaders today is that very few men and women are willing to pay the required price.

In conclusion, there’s an old saying, “If you want something done, give it to a busy person”. It’s true; a busy person is in the flow of getting things done – lots of things. He/she knows how to prioritise; how to work hard and effectively – not only that, but they usually get things are done in half or a quarter of the time it takes others.