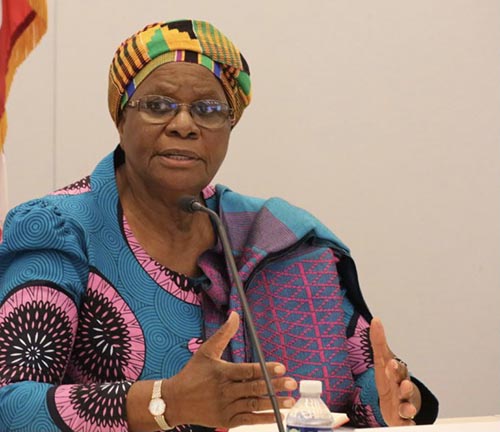 International relations minister Netumbo Nandi-Ndaitwah said on 30 June 2022, 21 out of 31 victims (Namibian women) safely returned home from Oman after falling prey to trafficking in persons through agents in both countries since February 2022.

In a plea, some of the victims sent voice notes to family members appealing for assistance by government to rescue them from their respective “sponsors” and assist them to be repatriated.

“It is reported that the victims allegedly hitch-hiked from Namibia to South Africa and board planes to Oman once all the documentation is arranged by the agents in Oman, using South Africa as a transit country,” said Nandi-Ndaitwah.

It is alleged the prospective employers (sponsors) in Oman provide funds to the agent in Namibia, to facilitate the logistical and travel expenses, including air tickets.

“In addition, the Namibian recruitment agent also charges facilitation fees for arranging employment opportunities. Upon arrival in Oman, the employers would confiscate the victim’s passports and cellphones and compel them to sign employment contracts in Arabic, with strict and mandatory provisions,” she stated.

It has been further reported that the victims are working under horrendous conditions and are expected to work 19 hours per day, seven days a week with very little rest.

In an effort to rescue the Namibian nationals in Oman, Interpol-NCB Windhoek and Interpol-NCB Muscat, held a virtual meeting on Tuesday, 13 June 2022, to discuss possible ways of relocating the victims to a safe house.

“A criminal case was registered and is still under investigation and when the time is opportune, and if evidence so dictates, an arrest will be affected,” she said.

According to the minister, the employers indicated that they would only release the victims upon receipt of their reimbursement of a bondage fee that ranges between N$37 000 and N$50 000.

“The Namibian public should remain vigilant in cases of this nature, as trafficking in persons are on the increase not only in Namibia but worldwide. Economic migrants should be aware that the grass is not always greener on the other side, as the entire world is in an economic crisis following the Covid-19 pandemic and other global disasters,” appealed Nandi-Ndaitwah.

Human trafficking cases are also reported at the Angola-Namibia border, with traffickers using the Namibian route to transport people to other countries.